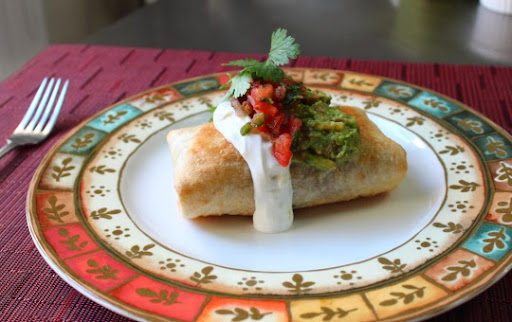 As legend has it, many years ago in Tucson, AZ, a woman accidentally dropped a burrito into a deep fryer. She started to blurt out a common Spanish swear word, but remembering her kids were in the kitchen, yelled out “chimichanga!” instead. She let it fry golden and crisp, and the rest is culinary history.
If you’re wondering, Chimichanga translates to “thingamajig,” which is fitting, since that’s kind of what this is. A thingamajig stuffed with whatever. In this case, whatever was a very tasty mixture of chicken, mushrooms, poblano chilies, and pepper Jack cheese. 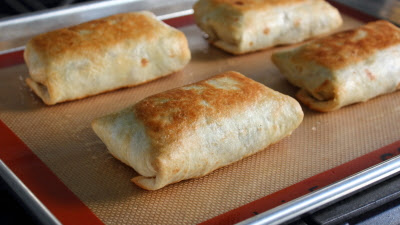 While that particular combination is highly recommended, this is more of a technique video, so when it comes to the filling, I encourage wild experimentation. We used raw chicken here, but Chimichangas are also great for using up leftover, cooked meats. Just cube it up, toss it in when the vegetables are done, and proceed as shown.
And don't feel like you have to stay in the Tex-Mex zone. This versatile, folded and fried tortilla could make a fantastic delivery system for all kinds of ethnic foods. Anyway, no matter what kind of filling is used, or how it’s seasoned, I think everyone will agree that it’s never a good idea to curse in front of children. I hope you give this delicious son-of-a-gun a try soon. Enjoy!
Ingredients for 4 portions:
(exact measurements are not critical, as you can stuff these with anything that fits)
For the filling:
1 tbsp vegetable oil, divided (half for veggies, half to cook chicken)
1/2 cup diced onions
1/2 cup diced poblano peppers
1/2 cup sliced mushrooms
12 oz boneless skinless chicken breast meat, cut in 1/2-inch cubes
salt, freshly ground black pepper, cayenne pepper to taste
1/4 tsp cumin
1/4 tsp chipotle, smoked paprika, or other hot or mild ground chili pepper
pinch dried Mexican oregano
1 or 2 tbsp cold water to deglaze pan once chicken is browned
4 ounces grated pepper Jack cheese
Also:
4 large flour tortilla (at least 10-inch wide)
1 egg white
2 tbsp vegetable oil for pan-frying
sour cream, guacamole, and salsa to garnish, optional
Posted by Unknown at 10:07 AM