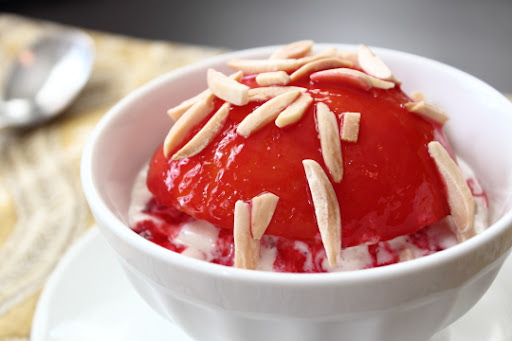 You know you have mad opera skills when they name not one, but two recipes after you. This spectacularly colored Peach Melba was created for Victorian era opera star Nellie Melba, by the greatest chef of the time, Auguste Escoffier, who also named some thin, crispy toasts in her honor years later.
This was kind of a big deal, as Escoffier was known at the time as "the king of chefs, and chef of kings." He was arguably the world’s first celebrity chef. His masterwork, Le Guide Culinaire, has over 5,000 recipes in it, and is a fascinating browse the next time you’re in a real bookstore (do we still have those?). 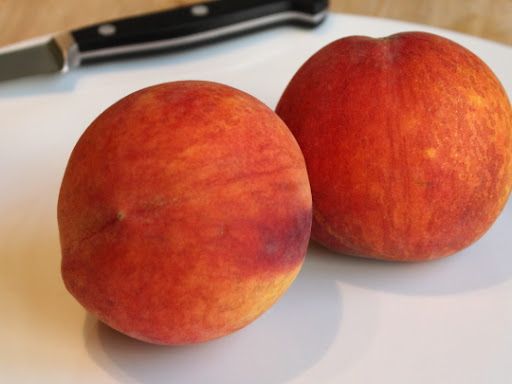 Anyway, Peach Melba is a delicious and simple, summer fruit dessert, which is kind of ironic, since Auguste Escoffier was famous for his elaborate culinary creations. In fairness, his original plating did feature the ice cream and peaches being carried in on swans carved from ice, so things have been streamlined a bit over the years.
Here we have creamy vanilla ice cream, a perfectly poached peach, topped off with fresh raspberry sauce and toasted almonds. This tastes like I’m sure Nellie Melba’s voice sounded. I do hope you give this historic dish a try soon. Enjoy!

View the complete recipe
Posted by Unknown at 9:36 PM